Amsterdam has two universities: the University of Amsterdam (UvA) with approximately 28,000 students and the Free University, often referred to as "VU" for short, with approximately 19,000 students. The faculties of the UvA are located throughout the city centre of Amsterdam, while the complex of the VU is located on De Boelelaan in Buitenveldert. Both universities have recognized medical centres, the UvA the Academic Medical Center and the VU medical center. On the campus of the VU, the Academic Center for Dentistry Amsterdam, or ACTA for short, is also located, where both universities have jointly established the Faculty of Dentistry.

There are also a large number of institutions for higher professional education (HBO), including the Gerrit Rietveld Academy, the Amsterdam University of Applied Sciences, Inholland University of Applied Sciences and the Amsterdam University of the Arts. The city's Hortus Botanicus is one of the oldest in the world. Traditionally, the city has three categorial gymnasiums: the Barlaeus Gymnasium in the Center, the Vossius Gymnasium and the St. Ignatius Gymnasium in Oud-Zuid. In addition, two categorial gymnasia were started in 2005: The 4th Gymnasium (Westerpark) and the Cygnus Gymnasium (East Watergraafsmeer). These were to solve the shortage of places in the existing gymnasia.

In 1999, 48% of the Amsterdam schools were public. Roman Catholic and Protestant schools both had a 16% share of the educational offer; in those years there were also schools for ecumenical (6%), Islamic (4%) and other religious education (2%). In 1999 8% of the schools provided general special education. In addition, there are also private schools in Amsterdam such as Luzac College and Winford College. The latter also offers primary education.

Amsterdam is the capital and most populous city of the Netherlands with a population of 872,680 within the city proper, 1,380,872 in the urban area and 2,410,960 in the metropolitan area. Found within the province of North Holland, Amsterdam is colloquially referred to as the "Venice of the North", attributed by the large number of canals which form a UNESCO World Heritage Site. 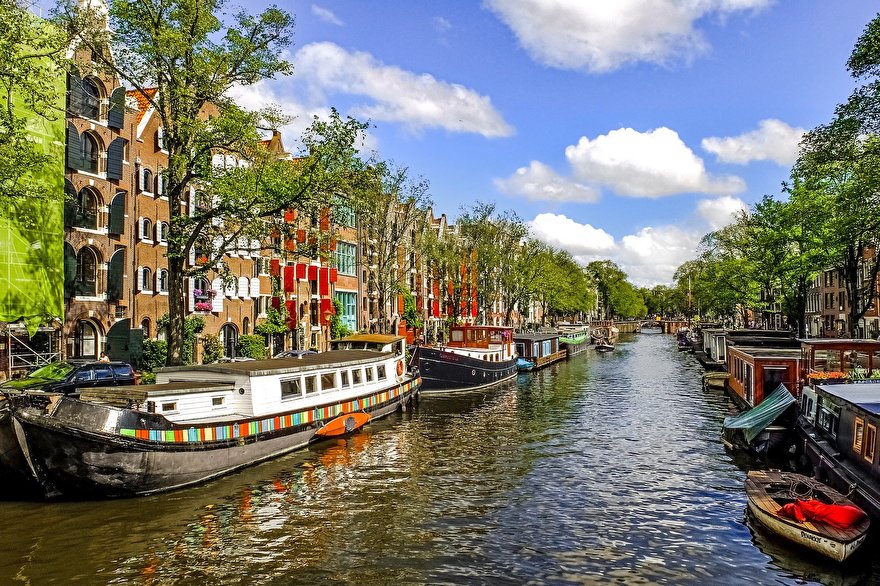