Rotterdam is the 2nd largest city and municipality in the Netherlands. It is in the province of South Holland, at the mouth of the Nieuwe Maas channel leading into the Rhine–Meuse–Scheldt delta at the North Sea. Its history goes back to 1270, when a dam was constructed in the Rotte. In 1340, Rotterdam was granted city rights by the Count of Holland. The Rotterdam–The Hague metropolitan area, with a population of approximately 2.7 million, is the 13th-largest in the European Union and the most populous in the country.

A major logistic and economic centre, Rotterdam is Europe's largest seaport. In 2020, it had a population of 651,446 and is home to over 180 nationalities. Rotterdam is known for its university, riverside setting, lively cultural life, maritime heritage and modern architecture. The near-complete destruction of the city centre in the World War II Rotterdam Blitz has resulted in a varied architectural landscape, including skyscrapers designed by architects such as Rem Koolhaas, Piet Blom and Ben van Berkel.

The Rhine, Meuse and Scheldt give waterway access into the heart of Western Europe, including the highly industrialized Ruhr. The extensive distribution system including rail, roads, and waterways have earned Rotterdam the nicknames "Gateway to Europe" and "Gateway to the World".

The Willem de Kooning Academy Rotterdam's main art school, which is part of the Hogeschool Rotterdam. It is regarded as one of the most prestigious art schools in the Netherlands and the number 1 in Advertising and Copywriting. Part of the Willem de Kooning Academy is the Piet Zwart Institute for postgraduate studies and research in Fine Art, Media Design and Retail Design. The Piet Zwart Institute boasts a selective roster of emerging international artists.

The Hoboken campus of EUR houses the Dijkzigt (general) hospital, the Sophia Hospital (for children), Daniel den Hoed clinic (cancer institute) and the medical department of the University. They are known collectively as the Erasmus Medical Center. This center is ranked third in Europe by CSIC as a hospital, and is also ranked within top 50 universities of the world in the field of medicine (clinical, pre-clinical & health, 2017).

Three Hogescholen (Universities of applied sciences) exist in Rotterdam. These schools award their students a professional Bachelor's degree and postgraduate or Master's degree. The three Hogescholen are Hogeschool Rotterdam, Hogeschool Inholland and Hogeschool voor Muziek en Dans (uni for music and dance) which is also known as CodArts.

Unique to the city is the Shipping & Transport College which offers masters, bachelors and vocational diplomas on all levels. 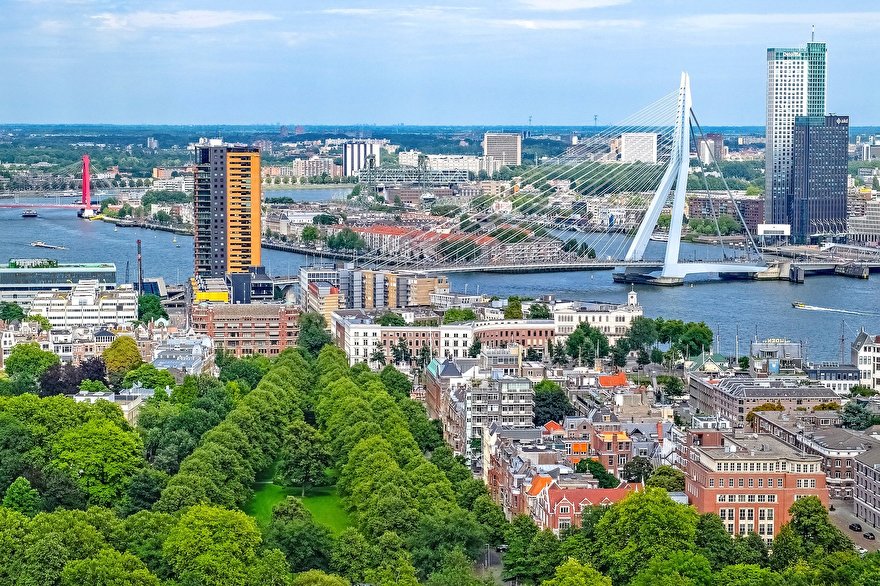