Utrecht is the fourth-largest city and a municipality of the Netherlands, capital and most populous city of the province of Utrecht. It is located in the eastern corner of the Randstad conurbation, in the very centre of mainland Netherlands; it had a population of 357,179 as of 2019.

Utrecht's ancient city centre features many buildings and structures, several dating as far back as the High Middle Ages. It has been the religious centre of the Netherlands since the 8th century. It lost the status of prince-bishopric but remains the main religious centre in the country. Utrecht was the most important city in the Netherlands until the Dutch Golden Age, when it was surpassed by Amsterdam as the country's cultural centre and most populous city.

Utrecht is host to Utrecht University, the largest university in the Netherlands, as well as several other institutions of higher education. Due to its central position within the country, it is an important transport hub for both rail and road transport; the busiest train station in the Netherlands, Utrecht Centraal, is in the city of Utrecht. It has the second highest number of cultural events in the Netherlands, after Amsterdam. In 2012, Lonely Planet included Utrecht in the top 10 of the world's unsung places.

Utrecht hosts several large institutions of higher education. The most prominent of these is Utrecht University (est. 1636), the largest university of the Netherlands with 30,449 students (as of 2012). The university is partially based in the inner city as well as in the Uithof campus area, to the east of the city. According to Shanghai Jiaotong University's university ranking in 2014, it is the 57th best university in the world. Utrecht also houses the much smaller University of Humanistic Studies, which houses about 400 students.

Utrecht is home of one of the locations of TIAS School for Business and Society, focused on post-experience management education and the largest management school of its kind in the Netherlands. In 2008, its executive MBA program was rated the 24th best program in the world by the Financial Times.

Utrecht is also home to two other large institutions of higher education: the vocational university Hogeschool Utrecht (37,000 students), with locations in the city and the Uithof campus; and the HKU Utrecht School of the Arts (3,000 students).

There are many schools for primary and secondary education, allowing parents to select from different philosophies and religions in the school as is inherent in the Dutch school system. 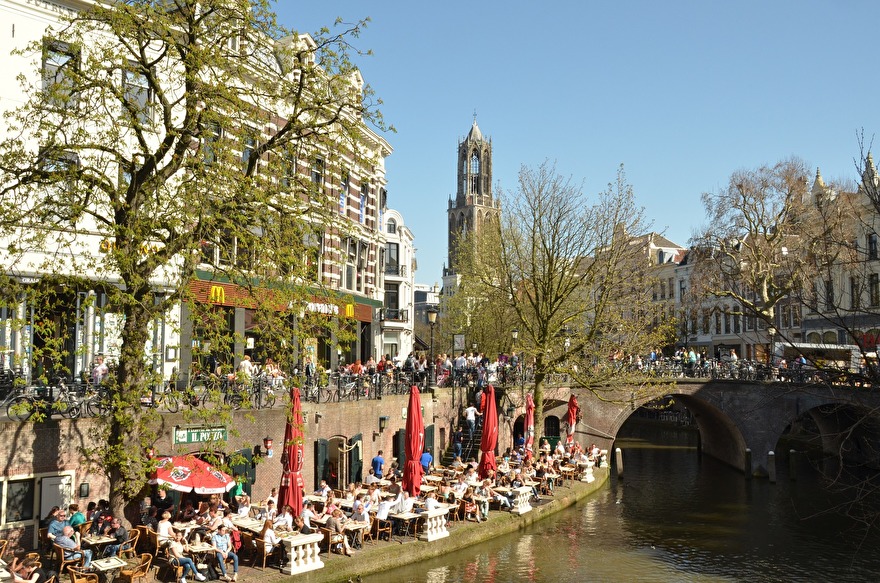