Dordrecht or Dordt, is a city and municipality in the Western Netherlands, located in the province of South Holland. It is the province's fifth-largest city after Rotterdam, The Hague, Zoetermeer and Leiden, with a population of 118,654.

The municipality covers the entire Dordrecht Island, also often called Het Eiland van Dordt ("the Island of Dordt"), bordered by the rivers Oude Maas, Beneden Merwede, Nieuwe Merwede, Hollands Diep, and Dordtsche Kil. Located about 17 km south east of Rotterdam, Dordrecht is the largest and most important city in the Drechtsteden and is also part of the Randstad, the main conurbation in the Netherlands.

Dordrecht is the oldest city in Holland and has a rich history and culture.

The name Dordrecht comes from Thuredriht (circa 1120), Thuredrecht (circa 1200). The name seems to mean 'thoroughfare'; a ship-canal or -river through which ships were pulled by rope from one river to another, as here from the Dubbel to the Merwede, or vice versa. Earlier etymologists had assumed that the 'drecht' suffix came from Latin 'trajectum', a ford, but this was rejected in 1996. The Drecht is now supposed to have been derived from 'draeg', which means to pull, tow or drag. Inhabitants of Dordrecht are Dordtenaren (singular: Dordtenaar).

Dordrecht is informally called Dordt by its inhabitants. In earlier centuries, Dordrecht was a major trading port and was called Dordt in English. 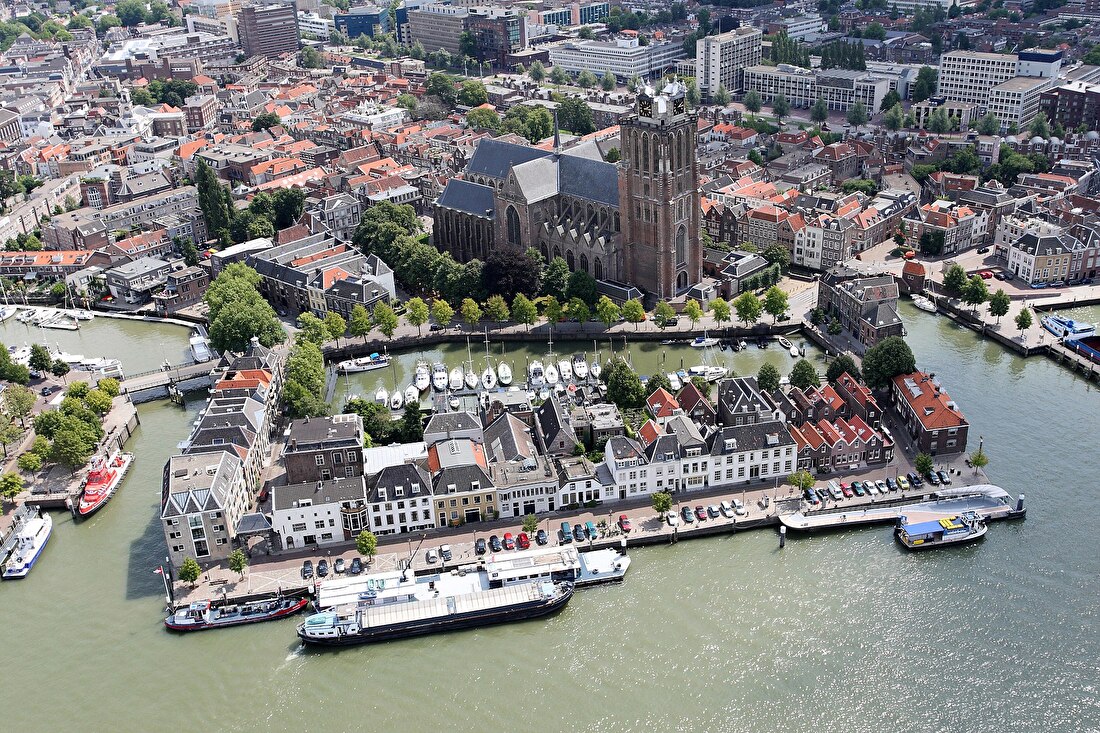