VOORBURG (Suburb of The Hague)

Voorburg is a town and former municipality in the west part of the province of South Holland, Netherlands. Together with Leidschendam and Stompwijk, it makes up the municipality Leidschendam-Voorburg. It has a population of about 39,000 people. It is considered to be the oldest city in The Netherlands and celebrated its 2000th year of existence in 1988.

In 2002, the cities of Leidschendam and Voorburg were merged under the new municipality named "Leidschendam-Voorburg". Situated adjacent to the city of The Hague, it is often regarded as one of its suburbs.

Famous inhabitants of Voorburg include the 17th century author and poet Constantijn Huygens, who spent many years building his small country house Hofwijck with adjacent geometrically shaped gardens alongside the Vliet. His son, the famous astronomer and mathematician Christiaan Huygens, spent several years in his father's country house in Voorburg. The house, located next to the main railway station, now functions as a museum.

Philosopher Baruch Spinoza lived in Voorburg from 1663 to 1670. In Voorburg, Spinoza continued work on the Ethics and corresponded with scientists, philosophers, and theologians throughout Europe. He also wrote and published his Theological Political Treatise in 1670, in defence of secular and constitutional government, and in support of Johan de Witt, the Grand Pensionary of the Netherlands, against the Stadtholder, the Prince of Orange. 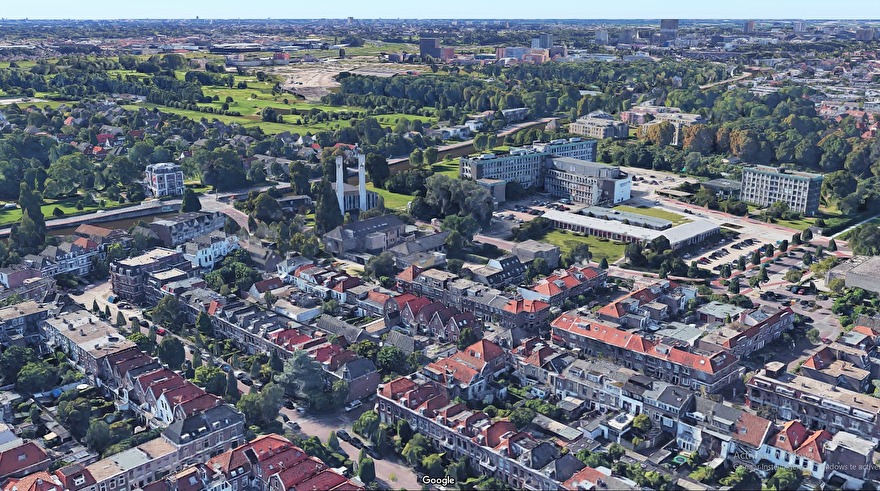