Delft is a city and municipality in South Holland in the Netherlands, located on the Schie, between The Hague and Rotterdam. The municipality is part of the Metropolitan Region Rotterdam The Hague. Delft has a historic city centre, developed into an industrial city in the 19th century and nowadays presents itself with the presence of a Technical University and the research institutes TNO and Deltares, especially as Delft City of Knowledge with the slogan Creating History. The three main secondary schools in Delft are the Stanislas College, the Christelijk Lyceum Delft and the Grotius College.

In terms of employment, the Delft economy is characterized by innovative (tech) companies, knowledge institutions, freelancers and healthcare. Of the 43,017 jobs, 16,392 are in the knowledge-intensive sector (38.1%), 7,801 in healthcare (18.1%) and 7,593 in education (17.5%). Much of the knowledge-intensive activity is a spin-off from the presence of TU Delft. Every year about 5,000 new TU students and about 800 higher professional education students enter the city. This dynamism, combined with the historic centre, makes the economy of a Delft a melting pot for new ideas.

Delft is a city and municipality in the province of South Holland, Netherlands. It is located between Rotterdam, to the southeast, and The Hague, to the north-west. Together with them, it is part of both Rotterdam–The Hague metropolitan area and the Randstad.

Delft is a popular tourist destination in the Netherlands, famous for its historical connections with the reigning House of Orange-Nassau, for its blue pottery, for being home to the painter Jan Vermeer, and for hosting Delft University of Technology (TU Delft). Historically, Delft played a highly influential role in the Dutch Golden Age. In terms of science and technology, thanks to the pioneering contributions of Antonie van Leeuwenhoek and Martinus Beijerinck, Delft can be considered to be the birthplace of microbiology. 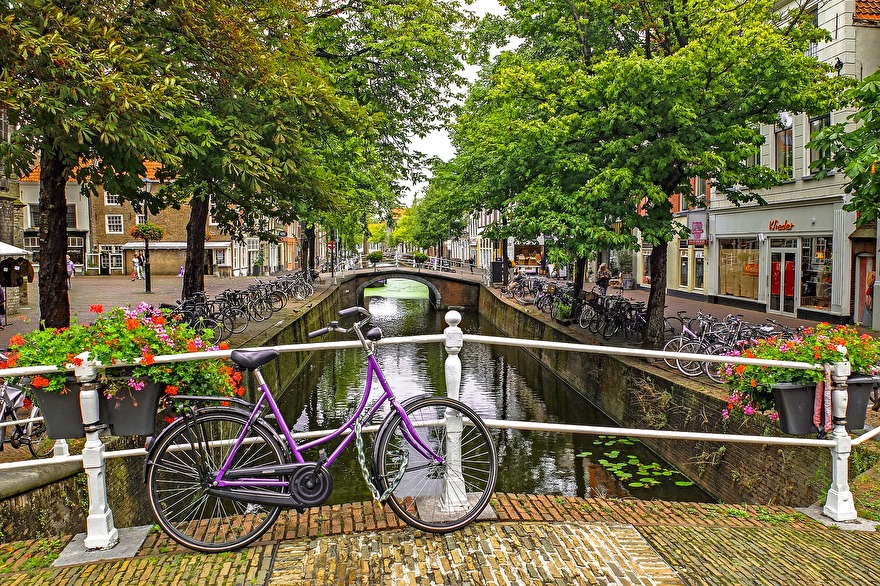