Leiden; (in English and archaic Dutch also Leyden) is a city and municipality in the province of South Holland, Netherlands. The municipality of Leiden had a population of 123,856 in August 2017, but the city forms one densely connected agglomeration with its suburbs Oegstgeest, Leiderdorp, Voorschoten and Zoeterwoude with 206,647 inhabitants. The Netherlands Central Bureau of Statistics (CBS) further includes Katwijk in the agglomeration which makes the total population of the Leiden urban agglomeration 270,879, and in the larger Leiden urban area also Teylingen, Noordwijk, and Noordwijkerhout are included with in total 348,868 inhabitants. Leiden is located on the Oude Rijn, at a distance of some 20 kilometres (12 miles) from The Hague to its south and some 40 km (25 mi) from Amsterdam to its north. The recreational area of the Kaag Lakes (Kagerplassen) lies just to the north-east of Leiden.

Leiden is a city with a rich cultural heritage, not only in science, but also in the arts. One of the world's most famous painters, Rembrandt, was born and educated in Leiden. Other famous Leiden painters include Lucas van Leyden, Jan van Goyen and Jan Steen. 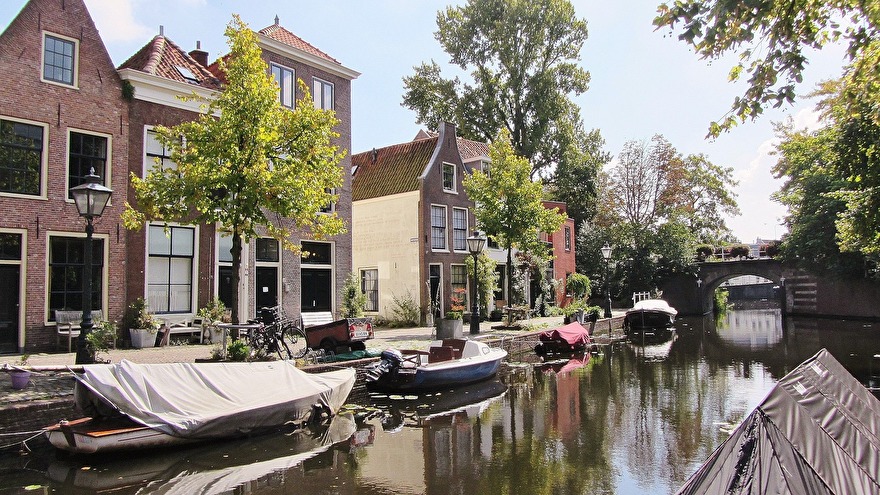