Amsterdam, lit. The Dam on the River Amstel) is the capital and most populous city of the Netherlands, with The Hague being the seat of government. It has a population of 919,845 within the city proper, 1,457,018 in the urban area and 2,480,394 in the metropolitan area. Located in the Dutch province of North Holland, Amsterdam is colloquially referred to as the "Venice of the North", for its large number of canals, now designated a UNESCO World Heritage Site.

Amsterdam was founded at the mouth of the Amstel River that was dammed to control flooding; the city's name derives from the Amstel dam. Originally a small fishing village in the late 12th century, Amsterdam became a major world port during the Dutch Golden Age of the 17th century, when the Netherlands was an economic powerhouse. Amsterdam is the leading center for finance and trade, as well as a hub of production of secular art. In the 19th and 20th centuries, the city expanded and many new neighborhoods and suburbs were planned and built. The canals of Amsterdam and the 19-20th century Defence Line of Amsterdam are both on the UNESCO World Heritage List. Sloten, annexed in 1921 by the municipality of Amsterdam, is the oldest part of the city, dating to the 9th century. The city has a long tradition of openness, liberalism, and tolerance. Cycling is key to the city's modern character, and there are numerous biking paths and lanes spread throughout the entire city.

Amsterdam's main attractions include its historic canals; the Rijksmuseum, the state museum with a vast collection of Dutch Golden Age art; the Van Gogh Museum; the Dam Square, where the Royal Palace of Amsterdam and former city hall (stadhuis) are located; the Amsterdam Museum; Stedelijk Museum, with modern art; Hermitage Amsterdam, the Concertgebouw concert hall; the Anne Frank House; the Het Scheepvaartmuseum, the Heineken Experience, the Natura Artis Magistra; Hortus Botanicus, NEMO, the red-light district and many cannabis coffee shops. The city is also well known for its nightlife and festival activity; with several of its nightclubs (Melkweg, Paradiso) among the world's most famous. Primarily known for its artistic heritage, elaborate canal system and narrow canal houses with gabled façades; well-preserved legacies of the city's 17th-century Golden Age, and the establishment of the Van Gogh Museum, displaying the work of the famous Dutch modern artist, have attracted millions of visitors to Amsterdam annually. 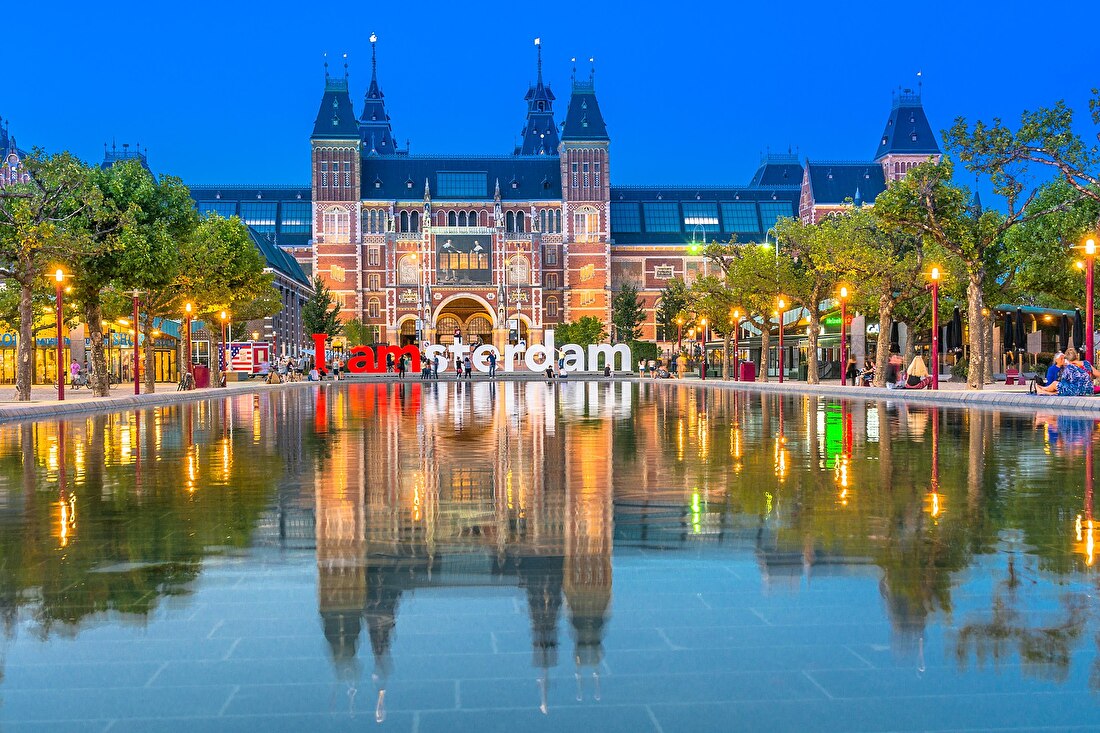